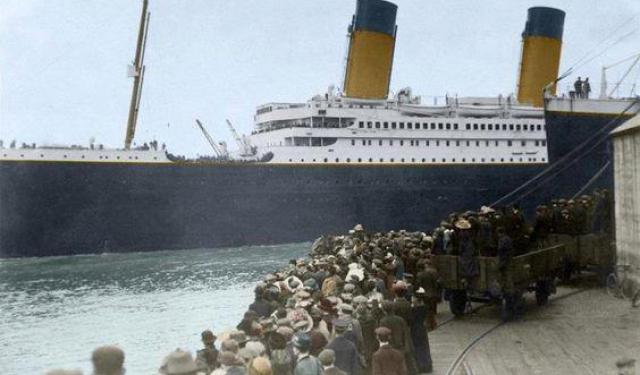 Image by treehouse1977 on Flickr under Creative Commons License.

Upper Southampton is very beautiful, with many green parks and interesting attractions, including the Civic Centre, Nuffield Theatre and John Hansard Gallery. Check these out and more in the following tour of upper Southampton’s best spots!
How it works: Download the app "GPSmyCity: Walks in 1K+ Cities" from iTunes App Store or Google Play to your mobile phone or tablet. The app turns your mobile device into a personal tour guide and its built-in GPS navigation functions guide you from one tour stop to next. The app works offline, so no data plan is needed when traveling abroad.

The Civic Centre, home of the Southampton City Council, houses a police station, council offices, the Guildhall venue, an art gallery and library. On July 1, 1930 Prince Albert, Duke of York laid the foundation stone in a ceremony presided over by mayor Hector Young. The south block, the municipal offices, was the first to be opened. This too was opened by the Duke of York and his wife, the Duchess of York, on November 8, 1932. The second block, opened in 1933 by Viscount Sankey, the Lord Chancellor, was the west block, the law courts, which includes the famous clock tower, known at the time as Kimber's Chimney, after the former mayor. The final block was the north one, the arts wing. Today, this section contains the Central Library and the City Art Gallery.
Image by AlanFord on Wikimedia under Creative Commons License.
Sight description based on wikipedia
2

Old Town Southampton is famous for its beautiful parks, containing several blocks covered with green paths, trees, fountains and memorials. It includes Hoglands, Houndwell, Palmerstone, Andrews and Watts Parks, with paths leading from one to the other. These attractions are popular with both locals and tourists.
Image by treehouse1977 on Flickr under Creative Commons License.
3

The John Hansard Gallery, based at the University of Southampton’s Highfield campus, is one of Britain’s leading public galleries of contemporary visual art. Proud of its academic situation, the Gallery plays a key role in the cultural life of the campus and the city, drawing a wide local, national and international audience to its esteemed programme of exhibitions and events. The Gallery’s highly regarded programme by British and international artists regularly tours venues throughout the UK and overseas.

Previous exhibitions have included 'Panacea' an artist's collaboration between Michael Pinsky and Walker & Bromwich,'There Where You Are Not' by Alec Finlay, Jeremy Millar, Guy Moreton, 'Lines in the Sand' by Joan Jonas and '20 Million Mexicans Can't be Wrong' with Francis Alÿs and Santiago Sierra.From the 11th Feb - 31st March 2012 the gallery hosted an art exhibition of new cutting edge 3d technology by designer David Cotterrell. David is an installation artist and launched this new exhibition entitled 'Monsters of the Id.' using a new 3d technique of creating art work. This interprets his experiences through image manipulation, staging, CGI, 3d scanning, 3d printing and new projection techniques.

Image by Iamtheabelman on Wikimedia under Creative Commons License.
Sight description based on wikipedia
4

Built in 1919, the First World War Memorial in Watts Park was created to honor all the brave soldiers who died in the war. Designed by Sir Edwin Lutyens, it is quite tall and very beautiful. At the bottom is a molded wreath, with the inscription "Our Glorious Dead." Higher hangs a thin cross and at the top, two lions and several figures are sculpted.
Image by GaryReggae on Wikimedia under Creative Commons License.
5

The Titanic Engineers' Memorial is a memorial in East (Andrews) Park, Southampton, to those who died in the RMS Titanic disaster on 15 April 1912. The bronze and granite memorial was originally unveiled by Sir Archibald Denny, president of the Institute of Marine Engineers on 22 April 1914. The event was attended by an estimated 100,000 Southampton residents.

The monument was originally erected with funding from worldwide donations. It was designed and built by Whitehead and Son of the Imperial Works, Kennington Oval in London. It is officially a Grade II listed building. It features a bronze statue of Nike, the Greek Winged Goddess of Victory, created by Trieste-born sculptor Romeo Rathmann, and carvings which represent the engineer officers of the ship, who died in the disaster.

On a sunny afternoon on 22 April 1914, 100,000 people gathered in Andrews Park, Southampton to witness the unveiling of the memorial to the engineers who lost their lives on the Titanic two years earlier. The bronze and granite structure was draped in the Union flag.

The monument was restored in 2010 in a joint venture between Southampton City Council and TV production company Twenty Twenty Television. Almost opposite the main memorial, on the corner of Cumberland Place and London Road, is the Titanic Musicians' Memorial to Wallace Hartley and the other musicians who played on the Titanic.


Image by AlanFord on Wikimedia under Creative Commons License.
Sight description based on wikipedia
6

The Central Baptist Church was founded during the Edwardian expansion. A wooden structure design, this Gothic church is more about its people, than the building itself. People come here to worship, offering women's group Bible study, prayer meetings and other community events.
Image by NYC Wanderer on Flickr under Creative Commons License.
7

The cemetery was opened on 7 May 1846 when the Bishop of Winchester consecrated part of the grounds. A section was left unconsecrated for the "Dissenters" (non-conformists), while another part was provided for the Hebrew community. In 1856, the Roman Catholics were given ground within the cemetery for their use. The cemetery has 45 headstones associated with the Titanic although no bodies were returned to Southampton.
Image by Jim Champion on Wikimedia under Creative Commons License.
Sight description based on wikipedia
8

Southampton Common is a large open space to the north of the city centre of Southampton. The area supports a large variety of wildlife, including the largest recorded population of the internationally rare great crested newt. It is designated a Site of Special Scientific Interest.

Southampton Common currently includes 326 acres (1.32 km2) of woodland, parkland, rough grassland, ponds, wetlands, nature trails, a paddling pool, a children's play area, a model yachting pond, and a fishing lake. The Common is used for a wide variety of community events, Flower Festival, Race for life Cancer Research UK and formerly 'Power in the Park' hosted by Power FM. The Hawthorns Urban Wildlife Centre at the southern end has been built on the former site of Southampton Zoo and the comprehensive displays document the natural history of the area; with interactive resources, educational facilities and information about local wildlife and environmental management. To the west, bordering on Hill Lane, is a historic cemetery that also includes many rare flora and fauna. Cemetery Pond is popular for birds.

The south east of the Common includes an open air paddling pool that has recently been refurbished and a play area for children. This is located near to a car parking zone and the Cowherds Inn, a local landmark which has a history going back to the 17th century.
Image by Carlesmari on Wikimedia under Creative Commons License.
Sight description based on wikipedia
9

The Nuffield Theatre, located next to Southampton University, was established in 1964 and built by Sir Basil Spence. It became one of England’s most significant theater forces, and is a local landmark. The theater has a large hall and bar with a great menu and atmosphere.
Image by David Martin on Wikimedia under Creative Commons License.