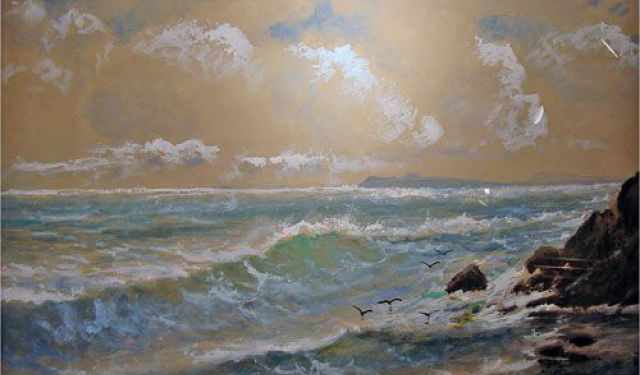 Virginia Beach has plenty to enjoy for art lovers visiting the city. The area nearest the coastline is of particular interest, as a number of heritage landmarks are located in this old part of the city. There are also many contemporary art galleries, museums and monuments around the city that highlight the cultural aspects of Virginia Beach. Take our Cultural Tour to see the best art spots in the city.
How it works: Download the app "GPSmyCity: Walks in 1K+ Cities" from iTunes App Store or Google Play to your mobile phone or tablet. The app turns your mobile device into a personal tour guide and its built-in GPS navigation functions guide you from one tour stop to next. The app works offline, so no data plan is needed when traveling abroad.

The Contemporary Art Center in Virginia Beach is a vibrant exhibition space for all the latest art. Here you can see paintings, sculptures, ceramics, photography and glass-works by local artists as well as artists from around the world.

Image by dimetris on Flickr under Creative Commons License.
2

The Convention Center is a beautiful, large building where many different cultural events and other gatherings are organized throughout the year. It was one of the country’s first such meeting venues, and remains one of its best functioning convention centers. The Convention Center opened in 2005.
Image by valeehill on Flickr under Creative Commons License.
Sight description based on wikipedia
3

This church is part of the Protestant faith which, like the rest of the United States, is the religion with the most followers in the state of Virginia. Virginia Beach United Methodist Church is a beautiful house of worship with a tall spire. Methodists from the Oceanfront neighborhood gather here for services on Sundays and Wednesdays.
Image by Mark in NOVA on Flickr under Creative Commons License.
4

The Old Coast Guard Station Museum is a museum dedicated to the history of lifesaving on along the Atlantic coast.

In 1915, the United States Lifesaving Service became the United States Coast Guard. The station at Seatack (built in 1903 to replace an earlier structure) is now the museum. The area's lifesaving history along the coast line of the Graveyard of the Atlantic is commemorated here. It has artifacts from the shipwreck of the Dictator, displays of period lifesaving equipment, educational programs.

The Seatack Station was added to the National Register of Historic Places in 1979.


Image by BretFisher on Wikimedia under Creative Commons License.
Sight description based on wikipedia
5

Set on the Oceanfront, the Naval Aviation Monument is dedicated to the aviation of the Navy, the Marine Corps and the Coast Guard. The monument is made up of several beautiful bronze statues created by master sculptor Mike Maiden. There are also a number of other historical monuments here, including a statue of World War II pilot Eugene Ely, who was the first to land successfully on a shipboard.
Image by R.J. Stratchko on Wikimedia under Creative Commons License.
6

Located on the Oceanfront boardwalk area of Virginia Beach, the Norwegian Lady Statues are one-half of a memorial dedicated to a marine disaster involving a Norwegian boat. The other part of the memorial is located in Moss, a coastal town in Østfold, Norway. On March 27, 1891, the Norwegian Barque Dictator was lost in the Atlantic Ocean south of the mouth of the Chesapeake Bay off Virginia Beach. The statues commemorate the lives lost in the shipwreck and the life-saving efforts of the community. Today the memorial has become a maritime icon for the people of Virginia Beach.
Image by Jo Naylor on Flickr under Creative Commons License.
7

The Beach Gallery exhibits many fine contemporary art works by regional and national artists. These original works, including lithographs and prints, can tell a visitor a lot about the art scene in the region. Some of these great pieces are even available for purchase.