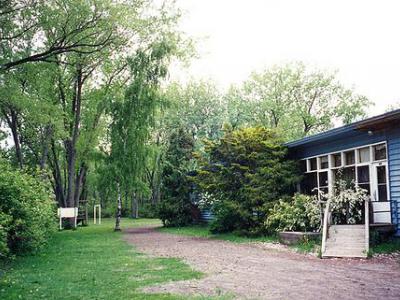 Just across from Gibraltar Point Lighthouse stands an old public school-turned-artists' getaway, known as Artscape Gibraltar Point. Here, thousands of people come to hone their artistic skills in the seclusion of residencies and studio spaces tucked away in the most serene setting.

A crucial Toronto art space, such as Artscape Gibraltar Point, came into being originally as the Island Public School. The oldest part of the building emerged in 1909, as a one-room schoolhouse. In 1998, following the construction of the new Island Public School, some 500 metres away to the east, the demolition of the old school building seemed imminent. However, inspired by the tranquility of the environment, the islanders opted to re-purpose the school as an arts centre. The idea took off when Artscape showed interest and offered their backing, thus enabling the islanders to save the building.

The place is open to the public for public-facing events, but to tour the facility, one has to make an appointment. The adjacent beach is open to the public, too. Among other attractions, Artscape Gibraltar Point boasts its own beautiful vegetable and flower garden.
Image by Leslie.Anne.Najgebauer on Wikimedia under Creative Commons License.