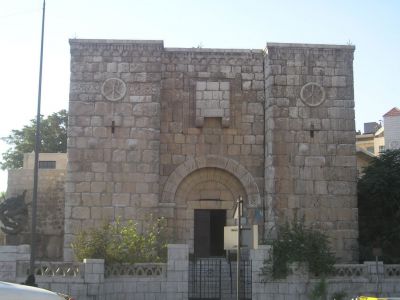 Bab Kisan is one of Damascus’ seven ancient city gates. Located in the southeastern part of historic district, it was named in memory of a slave who became famous during a conquest by the Caliph Mu'awiya. The wall was built during the Roman era and was dedicated to Saturn. This gate is famous for being the escape route of St. Paul. He was lowered from a window in the wall, into a basket, and with the help of his disciples, made his escape at night and fled toward Jerusalem. Today it is the location of the Chapel of St. Paul.
Image Courtesy of Wikimedia and Heretiq.
Sight description based on Wikipedia.