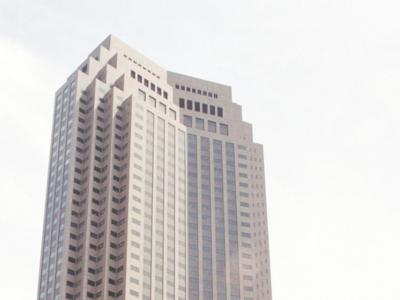 200 Public Square (also known as the Sohio Building, Standard Oil Building, the BP America Building, BP America Tower, BP Tower or the BP Building) is the third tallest skyscraper in Cleveland. Reaching 45 stories and 658 feet, it features 1.2 million square feet of office space. Beginning in 2011, the building will be the Cleveland headquarters for Huntington Bancshares. The structure was completed in 1985 and was officially opened in 1987 as the BP America Tower when British Petroleum purchased the remaining 45% of Sohio and merged its North American holdings to form BP America, Inc., headquartered in the new building. Prior to the construction of Key Tower, the BP Building was the second most prominent skyscraper in the city, often photographed next to the adjacent Terminal Tower as a twin emblem of Cleveland.