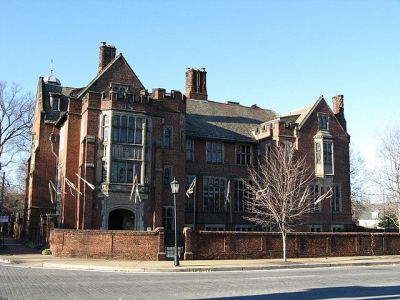 Branch House was thus elevated to the National Register because it was designed by one of the country's prominent architectural firms during the early 20th century because it is the only example of the firm's Tudor-Jacobean Revival residences in which the interiors have survived intact. In addition, the house is located within a historic district of cultural significance and is the largest house in the city of Richmond.

Branch House also accurately reflects a particular period of American history, in the early decades of the twentieth century, when English architectural styles were fashionable among wealthy industrialists and financiers. The client was also scion to a distinguished Virginia family and had assembled a substantial collection of Renaissance artifacts.
Image by Brett on Flickr under Creative Commons License.
Sight description based on wikipedia