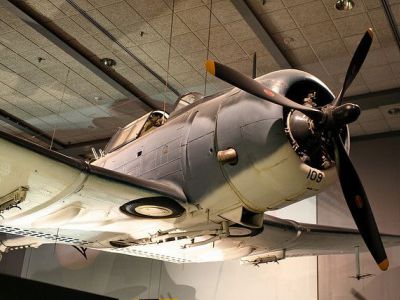 The RAAF Memorial is one of the few war monuments located on the Esplanade. It consists of a stone boulder supported by a concrete platform. The memorial is dedicated to the members of the Royal Australian Air Force, which was formed on the 31st of March, 1921. It is also a reminder of the 75th Anniversary of the founding of the RAAF and conflicts, such as WWII,

the Malayan Emergency, the Vietnam War, and the Korean War.
Image Courtesy of Flickr and cliff1066™.

Want to visit this sight? Check out these Self-Guided Walking Tours in Cairns. Alternatively, you can download the mobile app "GPSmyCity: Walks in 1K+ Cities" from iTunes App Store or Google Play. The app turns your mobile device to a personal tour guide and it works offline, so no data plan is needed when traveling abroad.

Create Your Own Walk in Cairns

Creating your own self-guided walk in Cairns is easy and fun. Choose the city attractions that you want to see and a walk route map will be created just for you. You can even set your hotel as the start point of the walk.

Cairns, the tropical city of Australia, has many places of worship. The local churches are known for their frequent services and varied denominations. If you have a special interest in religions, Cairns would be the right place to visit. Take this walking tour and explore your inner spiritual world.

Surrounded by World Heritage Rainforests and with the Great Barrier Reef in the proximity, the tropical city of Cairns has a lot of treasures to offer; beautiful gardens and war memorials are just a couple. Cairns has a varied history and it's really popular amongst tourists due to its favorable climate. Take this walk to explore the most popular tourist attractions in Cairns.