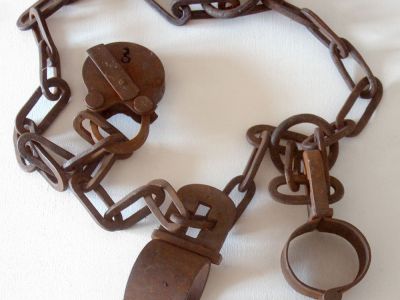 Camp Boiro or Camp Mamadou Boiro (1960 – 1984) is a defunct Guinean concentration camp within Conakry city. During the regime of President Ahmed Sékou Touré, thousands of political opponents were imprisoned at the camp. It has been estimated that almost 5,000 people were executed or died from torture or starvation at the camp.

After the death of Sékou Touré in 1984, the military took power and released many of the political prisoners at Camp Boiro. Many of the leaders of the former regime were imprisoned, and later executed. In the years that followed, the association of Victims of Camp Boiro fought for many years to maintain the memory of what had happened. The council of ministers issued a communique on 27 August 1991 for renovation of the camp and construction of a memorial to all the victims, but no action followed. The Association was forbidden to establish a museum in the former camp. In a 2007 interview, Bobo Dieng, a former senior official in the Touré government, stated that there had been just 117 deaths at the camp. It was not until 2009 that the interim president Moussa Dadis Camara met the members of the association. That year, demolition of the camp buildings began, but it was not known whether a memorial would be erected. As of 2010, there had been no commission of inquiry, and all documents about the camp were inaccessible or had been destroyed.
Image Courtesy of Wikimedia and André Karwath aka Aka.
Sight description based on Wikipedia.

Want to visit this sight? Check out these Self-Guided Walking Tours in Conakry. Alternatively, you can download the mobile app "GPSmyCity: Walks in 1K+ Cities" from iTunes App Store or Google Play. The app turns your mobile device to a personal tour guide and it works offline, so no data plan is needed when traveling abroad.

Conakry, the capital of the Republic of Guinea, is situated on the Kaloum Peninsula stretching into the Atlantic, and is known, among other attractions, for its beaches, lush palm vegetation and water sport activities. Still, there's more to Conakry than just that, as the city houses a good number of monuments, historic and religious sites, including the impressive Grand Mosque, vast...  view more