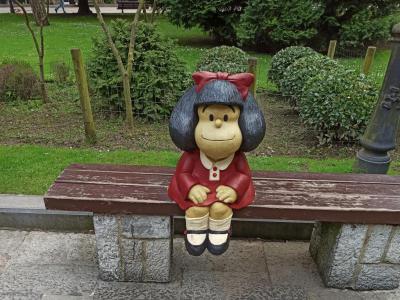 Campo de San Francisco is located in the center of Oviedo and represents one of the most significant landmarks in the city. It stretches across 9 ha (90000 square meters) and houses a Botanical Garden, Snail Fountain, Duck Pond, Music Kiosk, and many beautiful statues and monuments. Historic documents from the 15th century describe Campo de San Francisco as a place frequently visited by people. It was also used as grounds for military training. In the 19th century, the park's present day borders were decided, being bound to the center of the city by Santa Cruz, Santa Susana and Uria Toreno street. Campo de San Francisco is often called the “lungs of the city” and is much loved and valued by Oviedo's citizens.
Image Courtesy of Flickr and Nacho.