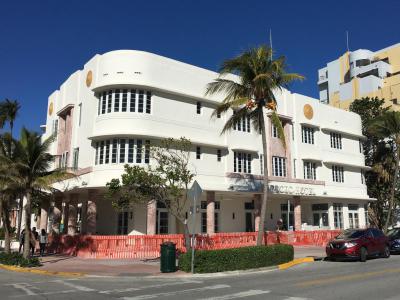 Designed by architect Henry Hohauser and completed in 1939, The Cardozo is another fine example of traditional art deco style, featuring rounded edges combined with the straight lines of the windows. The hotel was named after Benjamin Cardozo, one of the first Jewish jurors appointed to the US Supreme Court.