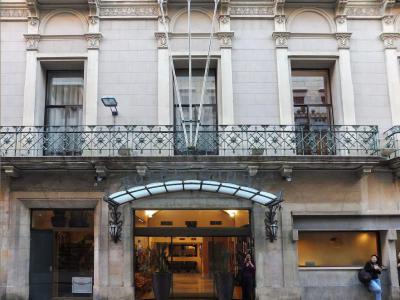 Between 1901-04, Pablo moved back and forth between Barcelona and Paris. During this time, the artist painted primarily in shades of blue, having abandoned his lighter, more colorful style, largely influenced by the impressionists' works. His paintings were not selling well, however, and he was forced to live in cheap hotel rooms and run-down apartments.

The studio in the Raval neighborhood, which he rented in 1902 with painter Josep Rocarol and sculptor Angel Fernandez de Soto, was situated at the top of the building. Here, Picasso painted roof terraces and drew sketches of singers at the variety hall just next door. Some of the other recurring subjects in his depression-driven "Blue Period" were poverty, addiction, and the female nude.
Image Courtesy of Wikimedia and Xavier Badia Castellà.