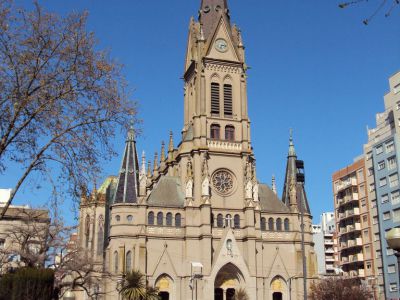 Situated in front of the well-known Plaza San Martin, the temple was established in 1905, but the foundation was laid in 1893 to honor Saint Peter, and is considered the third-largest church in the country. Designed by architect P. Benoit, the chapel was built in neo-gothic architectural style. The exciting exterior features chaotic lines in the center of the tower, numerous turrets, arches and columns, and wonderful stained glass windows which were brought from France. The church interior is known for its ceiling made of colored terracotta, the mosaic floor, the main chandelier and the Italian altar created the same year as the construction of the chapel upon which can be seen religious relics.
Image by fernandosouza on Flickr under Creative Commons License.