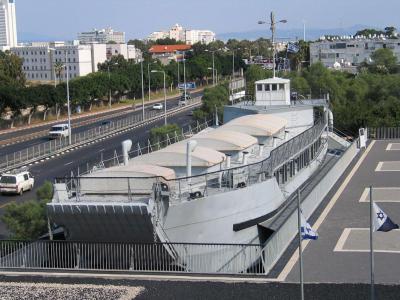 Clandestine Immigration and Naval Museum (also called: The National Israeli Museum of the Sea) is an Israel navy museum located in Haifa. The museum covers the maritime history of Israel – from clandestine immigration during the British Mandate for Palestine through the history of the Israeli navy since its inception to the present. The museum is named after David HaCohen, one of the leaders of the Jewish community. It was established by Colonel Yoske Coral and opened to the public in 1969. The museum is run by the Israeli Ministry of Defense.

Why You Should Visit:
Not the slickest, glossiest museum you'll go to, but it's quite compelling, with some really fantastic stories and items that bring the stories to life.
You get to board the actual ship that carried many Jews to Palestine and see what cramped and nearly impossible conditions they lived under.
If you're a history buff, or if Israel has a special place in your heart, you will love learning about this naval museum.