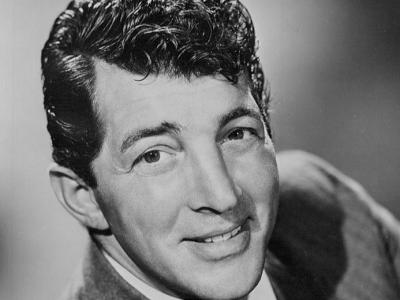 Legendary crooner, TV host and "Rat Pack" member, Dean Martin was among the last of the Hollywood elite to have moved to the desert, and also among the last to have acquired a mid-century modern marvel from the father-and-son architect team of George and Robert Alexander before they died in a plane crash. Martin, who was known for throwing lavish dinner parties, bought the house for $56,000 and luxuriated for a while there with his gorgeous second wife, Jeanne, back in the 1960s and '70s.

Like almost all other homes built for life in the desert, 'Dino's Den' lies low and blends with the surrounding topography. Due to being easily visible from the street, it has been a favorite on celebrity tours from the time the Martins moved in. The 3-bedroom, 3-bathroom dwelling features a pool, spa, ceiling-to-floor glass sliding walls, and fruit trees on the quarter-acre lot. The tan-and-white pattern, conjoined with several lush palms and rocks, augments the eye-catchy, modern design.
Image Courtesy of Wikimedia and ABC Television.