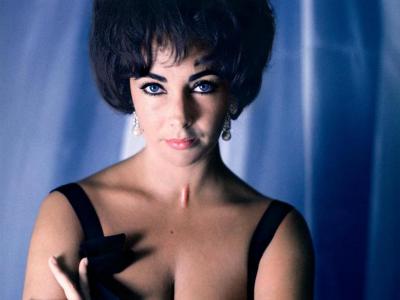 In the upscale Old Las Palmas neighborhood, you'll find the oasis of the one and only Elisabeth Taylor, known as Casa Elizabeth. The home is full of Taylor's art collection, from photography to oil paintings, including Andy Warhol's famous portrait of her. The property includes three detached casitas for guests, a large courtyard veranda, a second-story observation deck, and luxury landscaping. The pool is one of the finest in Southern California. An open-air pavilion, fountains, and lots of palm trees complete the oasis getaway look.

The home is now available for rent nightly or as a wedding venue. It was renovated by Kathy Ireland and is sometimes referred to as "The Jewel of the Desert."

Dame Elizabeth Taylor was a British-American actress who took Hollywood by storm as a child-actress in 1942 and continued starring in feature films until the mid-1970s. Her most critically-acclaimed films included Cleopatra (1961) and Who’s Afraid of Virginia Woolf? (1966). Later in her career, she became known for stage productions and television movies. She was one of the first celebrities to become an HIV/AIDS activist in the 1980s. She launched her own perfume brand, and became dedicated to philanthropy. Taylor was constantly in the spotlight, with eight marriages to seven men and a jet-set lifestyle.
Image Courtesy of Flickr and Pipe Loyola M.