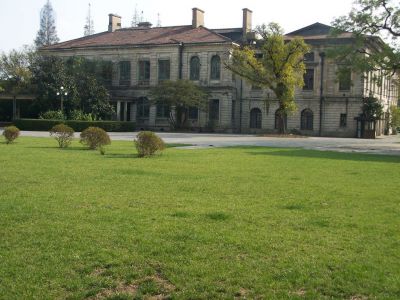 One of the earliest buildings to be constructed on the Bund in Shanghai, the former British Consulate, is a living memorial to the heydays of the British Empire in China. The elaborate neo renaissance style structure also served as the law court of the city at the time.

The British Consulate building was constructed between 1871 and 1873. It housed the British consulate that was the center of British trade and investments in China until the Japanese occupation in 1941. It was restored to its former function briefly after the communists took over Shanghai and in 1967 the consulate was closed. The building had no Chinese features and the doors faced the European Settlement to symbolize the hostile attitude of the British to the Qing Dynasty and the locals.