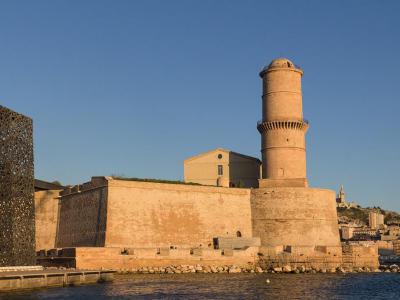 During World War II Fort Saint-Jean was occupied by the German military in November 1942. In August 1944 during the liberation of Marseilles, the explosion of a munitions depot within the fort destroyed much of its historic battlements and buildings. Classified as a historical monument in 1964, the damaged portions of the fort were reconstructed between 1967 and 1971. It now houses the Museum of European and Mediterranean Civilizations.
Image Courtesy of Wikimedia and Alexey Komarov.
Sight description based on Wikipedia.