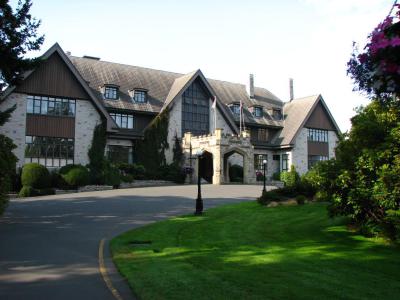 Government House's 14.6 hectares (36 acres) property is a publicly accessible area tended by volunteers in the Friends of Government House Gardens Society, and are used frequently by the surrounding community, save for when security otherwise necessitates. The site is divided into numerous different zones according to plant life and/or garden style; for instance, the British Columbia native plant garden contains species unique to the province, and the Cottage Garden is arranged in an informal style with a mixture of ornamental and edible plants. There are also gardens to supply cut flowers, herbs, and an orchard with apple, plum, and quince trees; a rock garden tended by the Heather Society of Victoria; iris, lily, rhododendron, and rose gardens (including a formal Victorian rose garden based on the plan of that at Warwick Castle in England); and water features such as the fountain pond and the duck pond. There is also a unique 8.9 hectares (22 acres) Garry Oak ecosystem.

Why You Should Visit:
Beautiful place to stop on a walk through the lovely and historic neighborhood of Rockland.
There is a modest tea rom open in the summer months. Deer roam freely on the property.
On a clear day, from numerous vantage points, you can see the Olympic Mountains.

Tip:
The house tours are 2 hours long so be ready for that. The gardens are one of Victoria's favorite visitor spots because you can walk from Craidarroch to the gardens to the Ross Bay Cemetery and it only takes an hour or so, depending on how much time you spend in each spot.