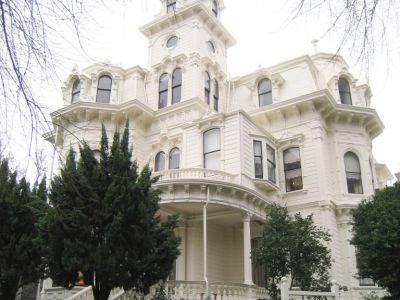 Governor's Mansion State Historic Park is the location of the historic Governor's Mansion of California, the former official home of the Governor of California. The mansion is listed on the National Register of Historic Places. It is the only governor's mansion in the United States not currently being used by a sitting Governor. The thirty-room, Second Empire, Italianate Victorian mansion was built in 1877 for local hardware merchant Albert Gallatin.

The State of California purchased the house in 1903 to serve as a governor's mansion. Many furnishings remain from former governors, including Pardee's 1902 Steinway piano, velvet chairs and sofas belonging to Governor Hiram Johnson, as well as Persian rugs bought by Mrs. Earl Warren. The structure has been renovated a number of times and just recently underwent exterior work to restore the mansion's fading paint as well as replace the aging windows with more efficient, modern ones.
Image Courtesy of Wikimedia and Daderot.
Sight description based on Wikipedia.