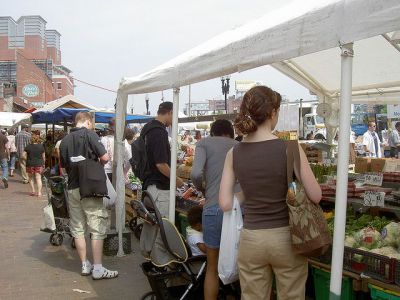 Haymarket Square in Boston is an open-air fruit and vegetable market near the North End, Government Center, West End and Faneuil Hall Marketplace. Haymarket has been open since about 1830, over which period it has undergone many transformations, but still retained its location and charm. Unlike the usually upscale offerings at Faneuil Hall Marketplace, Haymarket Square offers produce at a very low cost, sometimes half the bill of a normal supermarket.
Image by Dan4th on Flickr under Creative Commons License.
Sight description based on wikipedia