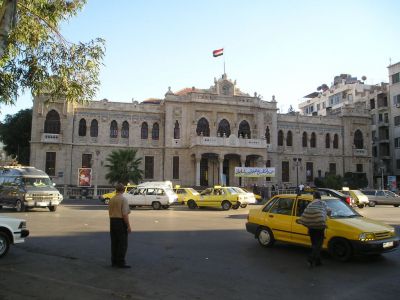 The main purpose of the railway was to establish a connection between Constantinople, the capital of the Ottoman Empire and the seat of the Islamic Caliphate, and Hejaz in Arabia, the site of the holiest shrines of Islam and the holy city of Mecca, the destination of the Hajj annual pilgrimage. Another important reason was to improve the economic and political integration of the distant Arabian provinces into the Ottoman state, and to facilitate the transportation of military forces. The railway is remarkable both for having had no debt when completed and for having many miles of track below sea level.
Image by Heretiq on Wikimedia under Creative Commons License.
Sight description based on wikipedia