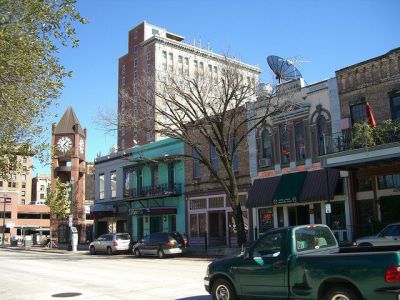 Together with surrounding buildings, this square forms the centerpiece of The Market Square District since the arrival of the city's founders, the Allen brothers, in 1836. Early city landmarks included the briefly-used Texas Capitol and White House, in addition to several City Halls that rose and fell, each destroyed by fire. Today the historic square is bordered by 19th-century architecture housing a variety of businesses, entertainment venues, nightclubs and dining establishments.

Yet the Market Square Park is relatively new; a nice, calm space to sit and just enjoy the city sights and sounds. They do hold events here like small concerts and you can always have a picnic using the wooden benches. James Surd's sculpture, “Points of View”, is a must-see in the park, or you could stop by the memorial to Lauren Grandcolas, who was on the ill-fated United Airlines Flight #93 on September 11, 2001.