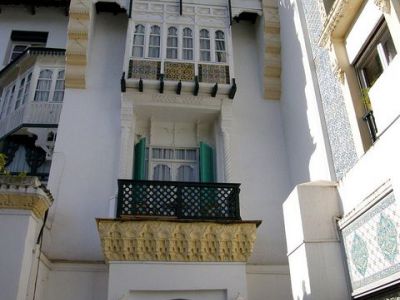 Hotel El Djazair, known previously as Saint George, is a five-star hotel located in the heart of the city. This exquisite structure, built in 1910, is surrounded by a large exotic garden. The building's design is a combination of old Arab Ottoman and Hispano-Moorish architectural styles, which were very fashionable in the eighteenth century. Modern elements are present as well. The design elements found both inside and out represent Algerian traditions and style through their beauty and class. The hotel contains 296 rooms and has 7 senior and 19 junior suites. It is noted for its Algerian, French and Chinese cuisine.
Image by Amberinsea on Flickr under Creative Commons License.
Sight description based on wikipedia