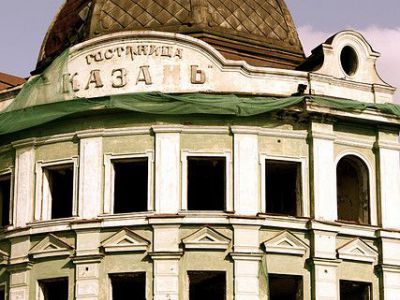 Located on Bauman Street, this large building is a real architectural masterpiece. One of architect Foma Petondi’s most significant works, Hotel Kazan was initially the Melnikov House, but was later reconstructed. All three of its buildings are decorated with garlands, with later additions of the frieze and columns. In the middle of 20th century the facades and interiors were redesigned.
Image Courtesy of Flickr and Vaucher Bastien.