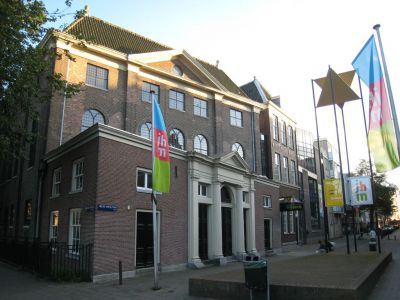 Cleverly shoehorned within an impressive complex of four Ashkenazic synagogues dating from the 17th and 18th centuries, this is the major museum of the Jewish Cultural Quarter, with less focus on the Holocaust and more on all aspects of Jewish life, and the relationship between the Jewish community and the city of Amsterdam. Being one of a kind in the entire country – and perhaps the world – the Jewish Historical Museum has in its possession some of the rarest documents, artifacts, and manuscripts placed in clear context.

Known as "Mokum" in Hebrew, Amsterdam was a haven for Jews for a long time, where Jewish communities like the Sephardic from the Iberian peninsula and the Ashkenazi from Central and Eastern Europe sought refuge and flourished. Although parts of the same ethnic group, these two communities had a huge economic divide and belonged to different strata of society.

What makes this museum so engaging is, without doubt, its curation. It explains clearly the difference between the different Jewish diasporas, and the effect that having these two groups had on society in the Netherlands. Furthermore, there is a reconstruction of the synagogue where you learn about the beauty of worship and Judaism in daily life, and also exhibits about Jewish people in industry, as compared to the impoverished ones in the city’s history. In short, they have pretty everything here, including a kosher daily and a good bookshop. A combined ticket allows entrance to other Jewish sites as well, such as the beautiful Portuguese Synagogue, the developing Holocaust Museum, and the Children's Museum.

Tip:
On Saturday and Sunday, a market pops in the adjacent square, so consider utilizing the weekend.