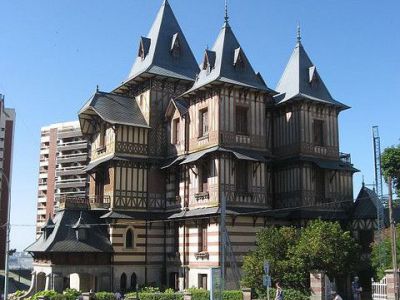 The oceanfront city was given its first municipal museum of fine art in 1938, when the facility was inaugurated in the Mar del Plata City Hall. The museum gathered a collection of mainly modern art in subsequent decades, and in particular works by local realist painter and muralist Juan Carlos Castagnino. The museum's collections feature nearly 600 paintings, sculptures, lithographs, photographs and other works, including those by Argentine artists Antonio Berni, Alberto Bruzzone, Prilidiano Pueyrredón, Luis Seoane, Raúl Soldi, and Juan Carlos Castagnino, for whom the museum was renamed in 1982, and of whom the museum houses 138 works.
Image by eMaringolo on Flickr under Creative Commons License.
Sight description based on wikipedia