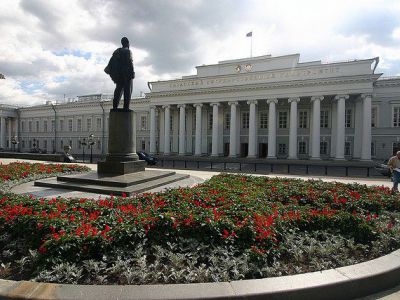 Founded in 1804, Kazan State University, one of Russia’s largest and oldest universities, is famous for having Vladimir Lenin as a student. Known as a forerunner in the study of chemistry due to the works of Arbuzov and Butlerov, the university became one of the largest centers of education, culture and science. The oldest part of the building contains three portals along its white facade.
Image Courtesy of Flickr and walter callens.