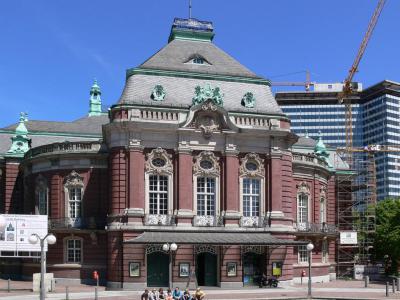 First opened in 1908, the Laeiszhalle is the premier classical music venue in a city with a rich musical heritage, from Brahms to the Beatles, who spent many years living in the city. It will soon be joined by the Elbe Philharmonic Hall, a new venue due to open in the HafenCity in 2015. Both venues will work in partnership to attract the most stellar names in the classical field to Hamburg. It wouldn’t be the first time – Richard Strauss, Sergei Prokofiev and Igor Stravinsky have all performed or conducted their own works within this historic concert hall.
Image Courtesy of Wikimedia and Andreas Praefcke.