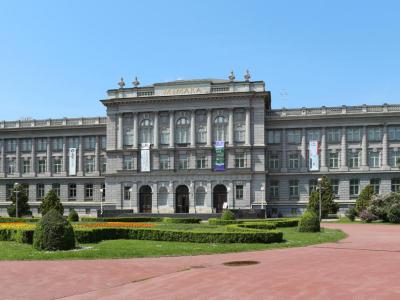 The Mimara Museum is an art museum housing the collection by Wiltrud and Ante Topić Mimara. Its full official name is the "Art Collection of Ante and Wiltrud Topić Mimara".

Of the total of 3,700 varied works of art, more than 1,500 exhibits constitute permanent holdings, dating from the prehistoric period up to the 20th century. Some of the most famous exhibits include works by Lorenzetti, Raffaello, Giorgione and others. The museum was opened in 1987. The building itself originates from the 19th century, overseen by a Zagreb architect Kuno Waidmann, and it served as a gymnasium.
Image Courtesy of Wikimedia and Ximonic, Simo Räsänen.
Sight description based on Wikipedia.