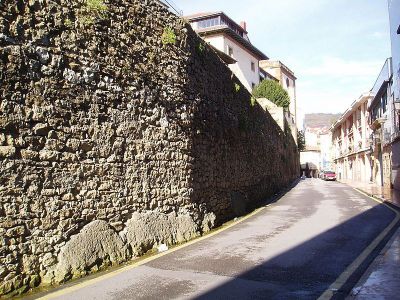 Muralla medieval de Oviedo is the fortification that used to protect the city. At the end of the 9th century, King Alfonso II the Chaste moved the capital of the kingdom to the city of Oviedo. Here, he began an extensive building program raising churches, monasteries, palaces, as well as the defensive wall that surrounded the whole neighborhood. At the present moment, the wall is classified as a Cultural Heritage Landmark. Different sections of the wall can still be seen on the Plaza de Riego, Calle de Jovellanos and the largest one on the Calle Paraíso.
Image Courtesy of Wikimedia and AdelosRM.