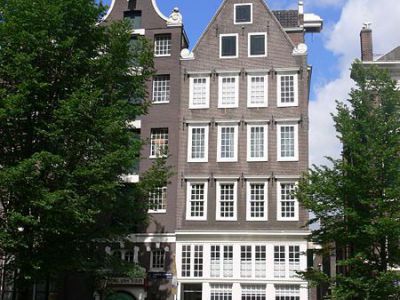 Museum Our Lord in the Attic, Amsterdam

Amsterdam is a city full of surprises and sticking to its reputation is the Museum Our Lord in the Attic. It is exactly how it sounds! The Lord is indeed in the attic.

The second oldest museum in Amsterdam, the Museum Our Lord in the Attic was built in the 17th century by a merchant, Jan Hartman. During those times of Reformation when practicing Catholicism was considered against the law, Jan Hartman built a secret Catholic church in the attic of the house he had just purchased. Although not completely hidden from the radar of the Protestant authorities, the church still managed to function and flourished unharmed. With a plain, modest exterior, it is very difficult to locate which building actually houses this beautiful church. Hidden in the attic of the mansion, it is accessed by a creaky and rather steep wooden staircase.

The interiors of the church are quite remarkable and filled with incredible paintings and sculptures which make you forget the simplicity and austerity of the exterior. With a narrow nave, the church has a seating space for almost 150 people. One of the most remarkable features of Our Lord in the Attic is the organ which is as old as the church itself and is played to this date.

A perfect example of architecture and interiors of the Dutch Golden era, the Museum Lord in the Attic is definitely not to be missed!
Image by Andreas Praefcke on Wikimedia under Creative Commons License.