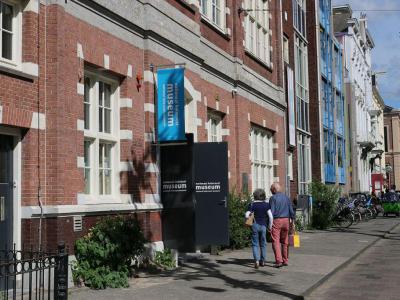 Albeit still under development, this museum – housed in a former school that was next to a nursery – has an important history to tell and is well worth visiting. It focuses on how Jewish children (up to the age of 12) had to wait, separated from their parents, waiting for deportation. After the annexation of the nursery from the Nazis in October 1942, employees of the Jewish Council, who were at the deportation site, found help from the resistance and the director of the nursery to set out and rescue Jewish Children, handing them to the safety of the school. It took a lot of work, but over time the members involved became part of the most important smuggling route.

The Holocaust Museum is a very emotional experience with objects belonging to younger children being presented as well as their story. There is also an exhibit of photographs, most of which were found years after the war in personal collections or in antique shops. Many individual stories are shared through these photos and accompanying documents. Over 104,000 Dutch Jewish individuals did not survive the war.

Tip:
Across the street, you can spend some time at the National Holocaust Memorial, which lists every identified victim of the genocide in the Netherlands on its wall. A tall, elegant spire sits on the top of a Jewish star, acting as the memorial's centerpiece.