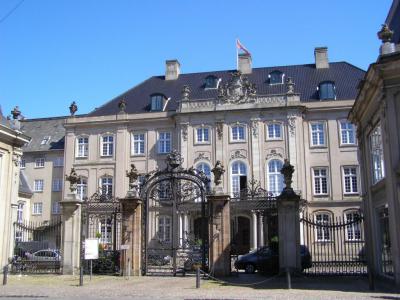 The Odd Fellows Mansion (Danish: Odd Fellow Palæet) is a Rococo town mansion in Copenhagen, Denmark, named after the local branch of the Independent Order of Odd Fellows which acquired the building in 1900. Before that, it was known as the Berckentin and later the Schimmelmann Mansion after its successive owners. It houses a concert hall which is open to the public.

The mansion was built as part of the redevelopment of the new Frederiksstaden district. It was designed by Johann Gottfried Rosenberg under the supervision of Nicolai Eigtved who had also conceived the district plan. It was built as a home for the wealthy merchant and politician Christian August von Berckentin who had just been ennobled with the title of count.