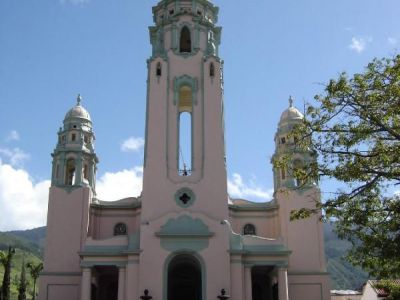 This sight is featured in a self-guided walking tour of Caracas, Venezuela within the mobile app "GPSmyCity: Walks in 1K+ Cities" which can be downloaded from iTunes App Store or Google Play. Please download the app to your mobile phone or tablet for travel directions for visiting this sight. The app turns your mobile device to a personal tour guide and it works offline, so no data plan is needed when traveling abroad.

Apart from being a commercial and cultural center of Venezuela, the capital city Caracas is known internationally as the final resting place of South American liberator Simón Bolívar, who's buried here at the National Pantheon. This and other notable attractions of Caracas, such as the Caracas Cathedral, Palacio de Miraflores and more, make up this city orientation walk.