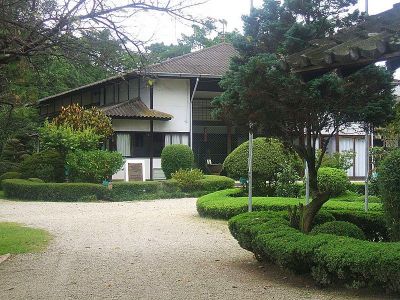 If you wish to relax after a hard day's work or a tough workout in the park, but, at the same time, would like to experience something exotic and different, the Pavilhão Japonês (Japanese Garden) is an ideal place for that. A symbol of friendship between Brazil and Japan, the garden is known as the "jewel of the Ibirapuera Park", and is spread over 7500 square meters, encompassing an abundance of plants (including bonsai trees), ponds and small lakes, filled with goldfish as well as Shoin-style buildings, and offering a glimpse into the Japanese culture.

The peculiarity of this park is in the fact that it was originally built in Japan, then taken apart, piece by piece, and reassembled in Sao Paulo in 1954, delivered as a gift for the fourth centenary of the city's foundation. The original Japanese materials - wood, volcanic rock, and Kyoto mud - of which the buildings and the garden have been made, facilitate a better cultural perception and entourage.

The garden's central building, created by Sutemi Horiguti, a professor at the University of Tokyo, is a replica of the Katsura Palace, the former summer residence of the Emperor in Kyoto, Japan, built between 1620 and 1624. It is divided into a hall and several adjoining rooms that house a display of samurai clothes, pottery, ceramics, costumes, and sculptures from several Japanese imperial dynasties. Upstairs is the Tea Room, known as chashitsu, used for traditional tea ceremonies.
Image by Dornicke on Wikimedia under Creative Commons License.