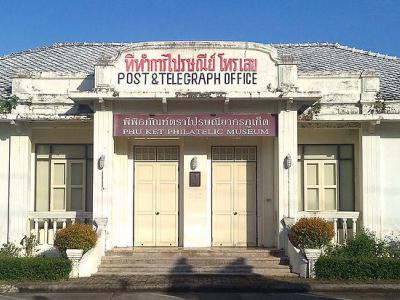 Phuket is filled with small museums which do not get the attention they deserve but are a sure treat for the eyes. One such museum worthy of a visit is the Phuket Philatelic Museum. Right next to the city’s main postal office, this little Museum manages to take its visitors to the good old days when communications meant letters and telegraph services.

The Museum is housed in an 80 year old building that was once a post office itself. Today, the building holds one of the most fascinating museums which is slowly but steadily earning its reputation among both locals and tourists. The Museum is divided into three sections, which focus on the history and development of the postal services in Phuket proceeding to the later years when the postal services developed into a flourishing industry in the country.

Learn about King Rama V under whose reign the Postal services of Thailand was first established. Get nostalgic with the display of old equipment and machinery which were once the backbone of the postal services. Old telephones, telegraph machines and much more, this is a perfect museum for adults and children.

The Museum also has a souvenir shop where visitors can pick up mementoes for friends and family or if you like, a few Thailand stamps for those who are passionate about philately.

Phuket is the pearl of Thailand. Many churches, temples, wats, religious monuments, and artifacts dot the city. These buildings have detailed architecture and bright colours, forming scenes that you’ll carry with you even after you have left Thailand. This self-guided tour will lead you to the most popular local places of worship. Be prepared to let their beauty inspire you.