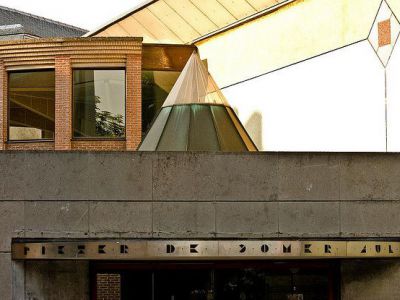 Created by master Paul van Aerschot, the hall is one of the most important auditoriums of the university. Established in 1989, the statue of Pieter de Somer was sculpted in front of the building. Pieter de Somer, who was named the first rector of the Flemish-speaking University of the city in 1968, was designed by Vic Gentils. Besides the didactic function, the auditorium serves also for major cultural, scientific and festive events at Leuven University.
Image by v.i.n.c.e.n.t. on Flickr under Creative Commons License.