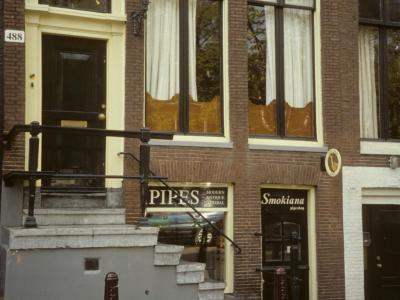 Smoking has been a part of cultures since ages. In fact, the first citation of smoking was reported as early as 5000BC and that too as a part of a religious ritual. We have come a long way since then and yet smoking remains the one way man can legally and openly subject himself to neuronal drugs.

Whether it is ritualistic, societal, leisure or a status symbol, smoking seems to be the one habit; man has kept alive (apart from drinking, of course!). So what best way to celebrate this kind of achievement than a Museum dedicated to the history of smoking and more precisely the tool for smoking – pipes.

The Pipe Museum or the Pijpenkabinet in Amsterdam is one of its kind in Europe. What started off as Don Duco’s passion for collecting and preserving pipes, has now turned into a celebrated museum that people from all over the world come to visit.

Don Duco started collecting pipes in 1969 and his hobby has led to a vast collection of over 20,000 pipes. Although the museum may not display each and every piece, the best of the lot are surely put on display. Some of the most prized possessions in the Pipe Museum are the ceramic pipes from the Dutch Golden Age. These pipes are now categorically regarded as an archeological find. With elaborate designs and mindboggling beauty, the little Pipe Museum is sure to blow your mind away.
Image Courtesy of Wikimedia and Pijpenkabinet, Amsterdam.