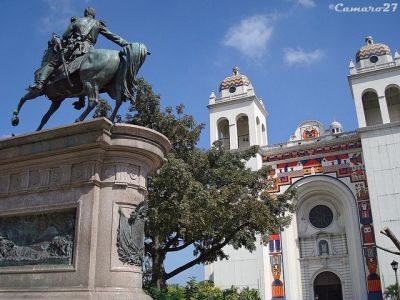 La Plaza Gerardo Barrios is an important landmark in the city. It is a place where many historical events occurred and it continues to be a site for events today. The funerals of important figures in El Salvador, such as Oscar Romero, took place here, along with the end to the Civil War in 1992. Today it serves as a site for public concerts, exhibitions, celebrations of the patron saint of San Salvador and different Masses and parades. It was designed by two brothers, Antonio and Carlos Ezeta, and has a statue of Gerardo Barrios. It is surrounded by noteworthy buildings like the Metropolitan Cathedral and the National Palace.
Image by Carlos Rodriguez Mata on Flickr under Creative Commons License.