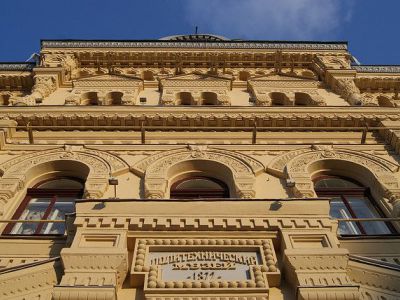 Established in the late 1800s, the State Polytechnical Museum is one of the oldest exhibition halls in the world. It is also the premier museum of history of technology in Russia. The main objective of the museum is to bring scientific thought and discussion to the masses. With over 100 collections and more than 190,000 exhibits and experiments, that visitors are allowed to participate in, there is no shortage of learning opportunities.

Many leading scientists of the day conferred their thoughts and new advances in technology were often unveiled to the public at the institution. Items on display at the museum include rare books, cameras, typewriters, personal computers, items related to space travel, and many other technological and industrial items that represent the more than 130 years of technology. In addition, the museum possesses one of the largest displays of scientific and technical literature in Russia.

Located in Moscow near the Lybyanka and Kitai-Gorod metro stations, the museum is open Sunday and Tuesday through Saturday from 10 am to 6 pm and closed the last Thursday of every month. An average of 451,100 people visits the museum per year. The museum also features amenities such as a Kiosk, cinema, library, internet access, a cafe and an amusement arcade.
Image by SergeyRod on Flickr under Creative Commons License.