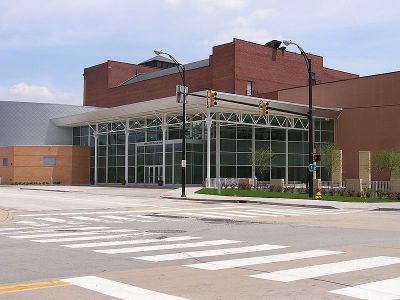 Powers Auditorium is the largest auditorium in the Youngstown-Warren area. The facility is the main venue of downtown Youngstown's DeYor Performing Arts Center.

The complex also includes the Adler Art Academy, Beecher Flad Pavilion, and Ford Family Recital Hall. Originally built in 1931 as the Warner Theatre, the former movie palace was renovated and reopened as Powers Auditorium in 1969.

The main tenant of Powers Auditorium is the Youngstown Symphony, which performs from October through May. The facility also hosts other musical acts, touring Broadway productions, and locally produced theater (primarily from Ballet Western Reserve and Easy Street Productions, two Youngstown-based theater companies).
Image by Daysleeper47 on Wikimedia under Creative Commons License.
Sight description based on wikipedia