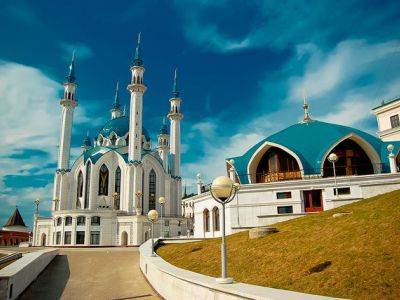 Qolsharif is considered to be one of the most important symbols of Tatar aspirations. Nowadays the mosque predominantly serves as a Museum of Islam. At the same time during the major Muslim celebrations thousands of people gather there to pray. The Qolsharif complex was envisioned to be an important cornerstone of Kazan's architectural landscape. Besides the main mosque building it includes a library, publishing house and Imam's office.
Image by hadoken on Flickr under Creative Commons License.
Sight description based on wikipedia