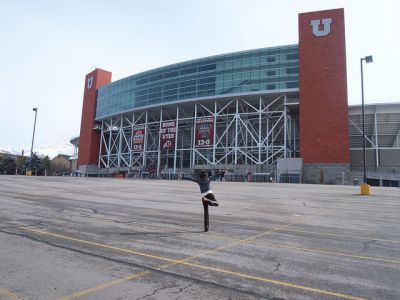 Rice–Eccles Stadium is an outdoor football stadium on the campus of the University of Utah. It served as the main stadium for the 2002 Winter Olympics; the Opening and Closing Ceremonies were held at the stadium, which was temporarily renamed "Rice–Eccles Olympic Stadium." When Salt Lake City was awarded the 2002 Winter Olympics in 1995, it was obvious that Rice Stadium was not suitable to serve as the main stadium for the games. The concrete, timber and earth-fill facility had been built in 1927 and was showing its age. However, in 1997, Spencer Eccles, a University of Utah alumnus and chairman of Utah's biggest bank, First Security Corporation, announced that the George S. and Dolores Dore Eccles Foundation would donate $10 million toward the reconstruction of the stadium. In recognition of this gift, the University of Utah won permission from the Eccles family to add George Eccles' name to the stadium alongside that of Robert L. Rice, who had funded the original stadium in 1972.
Image by Ellie Gonzalez on Flickr under Creative Commons License.
Sight description based on wikipedia