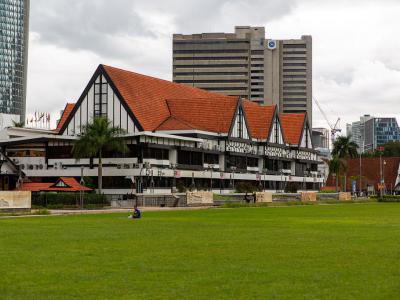 Another heritage venue located around the Dataran Merdeka or the Independence Square is the Royal Selangor Club (RSC). Occupying the northern fringe of the square, this social & sports club opposing the Sultan Abdul Samad Building is another monumental structure that is a reflection of the city’s opulence, culture and history.

Founded in 1884, the RSC was initially a tiny wooden building that was strictly used as a social club, where high ranked officials and the elite of the society gathered for an evening of rendezvous, drink and merry. It was in 1890 that the humble edifice of the building underwent an extreme makeover. Taking inspiration from the Tudor style of architecture, the renovated building had more space and an extra floor. The building underwent reconstruction again in 1910 under the leadership of Arthur Benison Hubback, the man behind the Kuala Lumpur Railway Station.

Since its inception, the RSC has been organizing sports activities and other field and track events. It is currently a 'members only' club so you have to be signed in by a member to gain access.
Image Courtesy of Wikimedia and Shesmax.