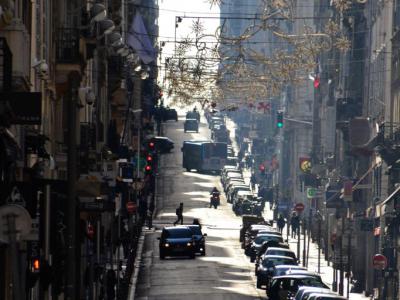 Yes, it is well named. Shoppers will think they have died and gone to heaven, shoppers' heaven, that is. Rue Paradis (Paradise Street) is located between the squares of Estrangin and General de Gaulle on the way to La Canebiere. In the 15th century the street name was changed to rue Paradis, as it held the parish of St. Pierre de Paradis.

Rue Paradis, rue Rome and rue St. Ferreol are the three most famous shopping streets in Marseille. One may shop from the city center to the old Port, to the Canebiere and the markets. This shoppers' paradise street is the third longest street in Marseille. It crosses the first, sixth and eighth arrondissements of the city.

The street has had many changes since it was established around 1044. The first urbanization took place in 1666, during the reign of Louis XIV. In 2018 it had a major overhaul. Sidewalks were were widened, trees planted, parking and delivery areas created. All of this was done between the squares of Estrangin and General de Gaulle.
Image by Jeanne Menjoulet on Flickr under Creative Commons License.