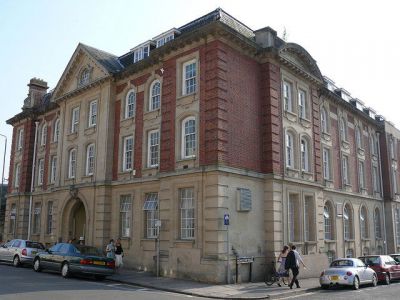 Since its foundation, Oxford University has been the seat of higher education for the rich and the privileged; even the most intelligent children of the working and middle classes couldn’t hope to be admitted to the university until Ruskin College was created in 1889.

The college was founded by two American students who had studied at Oxford, Charles and Walter Vrooman. Walter’s wife, Anna put up the funds for the college, which stands on the corner of Worcester Place and Walton Street in the Jericho district.

The building took over several houses which were converted for the college in 1903. The ground floor façade is in the Georgian style; the upper storeys are simple red brick, but this doesn’t detract from its air of timeless elegance. The name of the college is inscribed over the main entrance.

The college caters for students from middle and working class families who want to study syndicate and trade union law, politics and social science. It is independent from the University, but closely connected to it nevertheless and students can attend lectures and use the university libraries.

The college also offers adult education for those who want to take a university degree later in life. Its ideology has inspired many forward thinking people, such as Ghandi, who visited it in 1931.
Image by shimgray on Flickr under Creative Commons License.