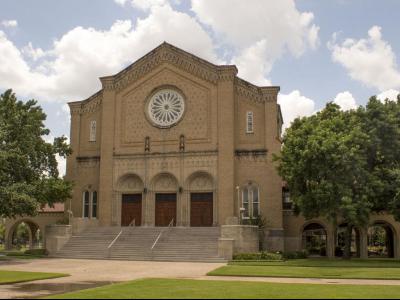 The current structure was built in 1924. The firm of Sanguinet, Staats, Hedrick and Gottlieb were hired as the designers. The church has long been known for its belief in Baptist roots, but has also been a haven for progressive thinking. For instance, the church has long been an advocate of civil rights and having women in ministry. The congregation is currently independent. For the first 90 years of the church’s existence, though, it was a member of the Southern Baptist Convention of Churches.
Image by 0x0077BE on Wikimedia under Creative Commons License.