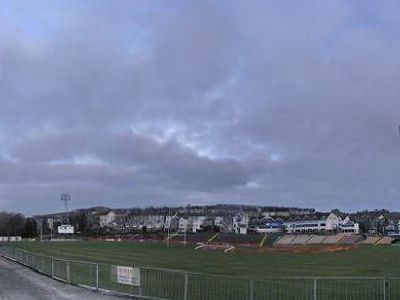 St. Helen's Rugby and Cricket Ground is a spectator venue. It is owned and operated by the City and County of Swansea council and is also used to host the local annual Guy Fawkes night fireworks display.

Since the ground opened in 1873 it has been the home of the Swansea Rugby Football Club, and the Swansea Cricket club.

In 2005, the venue could hold an audience of 10,500 seated before it was re-developed. The famous east stand, which had provided cloisters over part of Oystermouth Road, has since been demolished and replaced with a metallic stand unloved by locals. The tallest flood light stand in Europe is in St. Helen's Ground. In late November 2007, the ground's perimeter wall in the South East corner, next to Mumbles Road and Gorse Lane, was knocked down and a new wall built further inside the ground, in similar style to the old wall. This was to accommodate a new car park with 39 spaces for the Patti Pavilion.