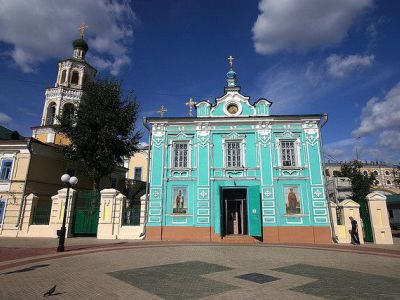 Erected in 1778 with the financial backing of merchant Arseny Poduruev, the complex of St. Nicholas Cathedral consists of two churches: Pokrovskaya Church, built in 1703, with a remarkable tower and five-domed ceiling, and St. Nicholas Chapel (1885), with an ornate façade. The chapel proved to be its core, which determined its present name. The subject of heavy reconstruction, during the Soviet period it was seriously damaged, with restoration being completed in 2001.
Image by walter callens on Flickr under Creative Commons License.