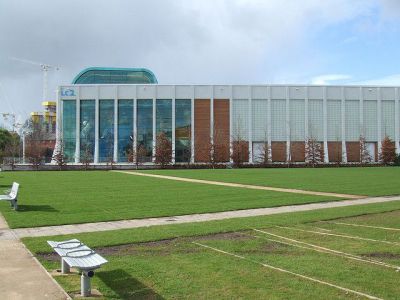 Originally Swansea Leisure Centre, the rebranded facility re-opened to the public on 1 March 2008. Its location, size and heritage all define its status as one of the most immediately identifiable buildings in Swansea. Opened by the Queen during her silver jubilee celebrations in 1977, the original Swansea Leisure Centre featured modern and groundbreaking facilities, such as the first wave machine to be installed in a leisure centre in Wales. It became one of Wales' top leisure facilities and a substantial tourist attraction.

At its peak it attracted more than 800,000 users annually. Swansea Leisure Centre closed in 2003 which resulted in the loss of a major wet weather visitor attraction and a major facility in which families and people of all ages could enjoy a range of recreational activities. Following a review of the options, the Council decided that the refurbishment of the Leisure Centre was the most effective option and works soon progressed in developing the former site into a 21st Century leisure complex.

The centre was officially reopened by Queen Elizabeth II on 7 March 2008. This was the second time The Queen had officially opened the building, the first time being more than 30 years ago when it was known as Swansea Leisure Centre.